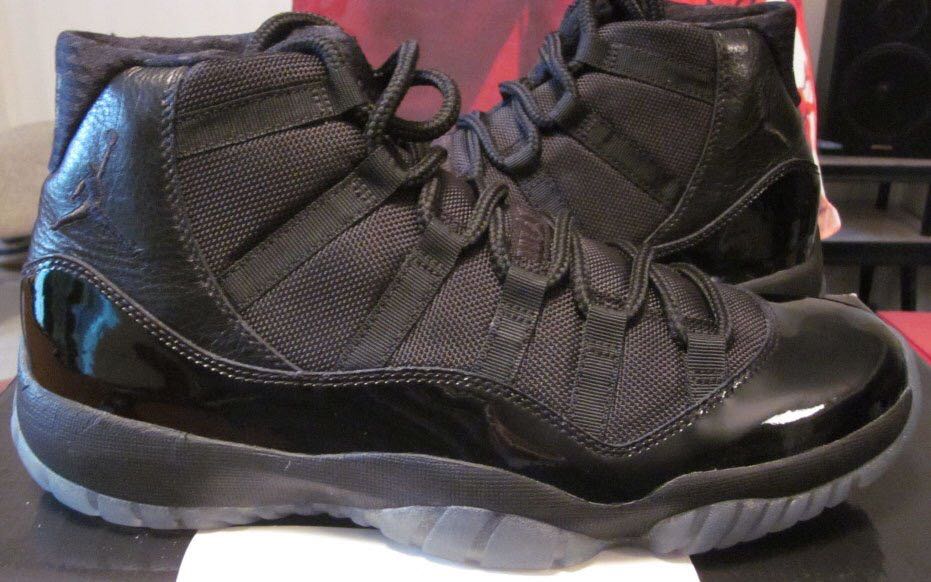 The Air Jordan 11 Prom Night sample that appeared on eBay in 2012 instantly sold for $11,000. Now Jordan brand is reportedly going to be showing it an official release on May 26th.

Usually AJ 11s drop in Q4. But this year we’re seeing Jordan Brand make way more releases throughout the year. While there’s nothing official, sneakerheads are losing their sh*t over the possibility of these dropping.

Previously referred to as “Blackout”, the Nike Air Jordan 11 Prom Night will be black on black on black, according to the Twitter sneaker news account @soleheatonfeet. There are no official images yet, but it should look something like this:

Air Jordan 11 ‘Prom Night’ . Thanks to @djfolk and @coley2xs we know these are dropping May 26 . note this image is a representation and not the actual pair releasing.

Violence over sneakers is not something new. In fact, around 1,200 people get killed over sneakers each year, according to a video on GQ (excerpted from the 2015 documentary about sneaker culture called Sneakerheadz). The violence often consists of beatings, robberies, and gun shootings. Parents should actually fear what shoes their kids are wearing.

In December 2012, after just buying the Air Jordan Playoff XIs, a kid was followed home by three teenagers who shot him to death for his shoes. Just a couple weeks ago in December 2017, a boy wearing his brand new Win Like ’96 Jordan 11, which were a Christmas gift from his mom, was murdered and robbed of them.

Understandably, it’s just human nature to want the things we can’t have. Sometimes the desire is so strong that, unfortunately, people get killed over it. Call it a crime of passion. A thoughtless action. Nevertheless, love for the sneaker does not justify violence over them. Sneaker violence is a terrible thing, yet it is the plain reality. That’s just the way it has always been.

With the Nike Air Jordan 11 Prom Night colorway being one of the most hyped releases, it makes us wonder what kind of violence will come next. If just a sample of the Nike Air Jordan 11 Prom Night sold for $11,000, then how valuable will this release be? Riots might break out in May over the Prom Night. Kids wearing the shoe could get mugged for them. But if people think they can make a fortune out of reselling this shoe, we think they should bring down those high hopes.

Visit our blog for more articles like this, and have a look at what Yeezys will 2018 bring.