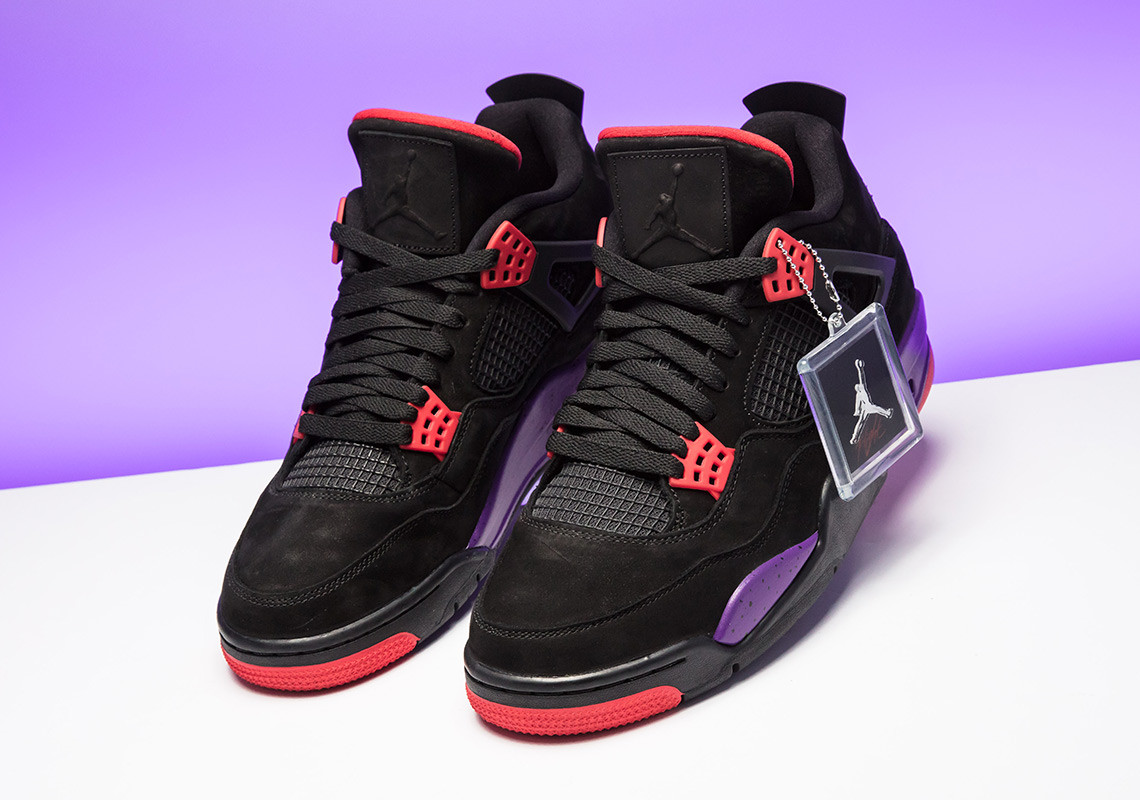 The first Air Jordan shoe to pay tribute to the Toronto Raptors is the 1992 OG Air Jordan 7 Raptor. Since then, retros of the Raptor 7 have come and gone. An Air Force 1 and an Air Max 1 with Raptor colors are also available. Yet this is the first time the Raptors will receive an Air Jordan 4.

One of the earliest Jordan Brand silhouettes, the Air Jordan 4 is a well regarded model. So far this year, we’ve already got our hands on four holy grail status Air Jordan 4s. Those are the three Levi’s pack and Travi$ Scott’s Cactus Jack. And more colorways of the Cactus Jack will be dropping as well.

The Air Jordan 4 Raptor will don the team’s colors. Red and purple details all through on a black upper. The sneaker is complete with a purple mid-sole splattered black, a red out-sole, and Nike Air branding on the heel tab. The picture below show Drake’s signature on the tongue along Jumpman. 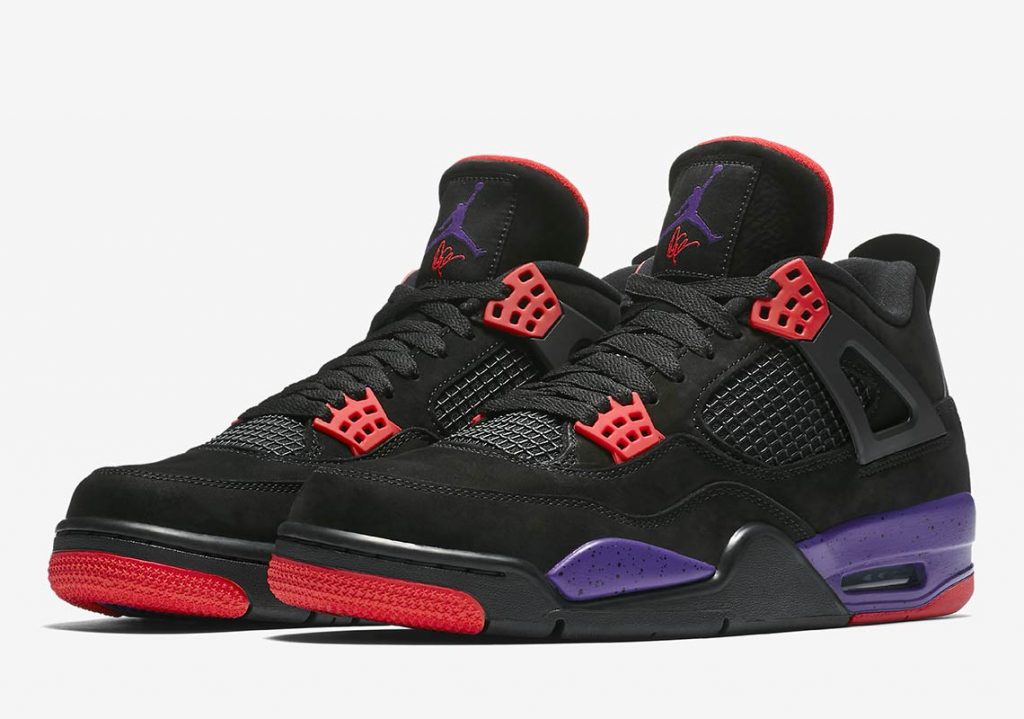 In the beginning, Drake was affiliated with the Air Jordan 4 Raptor, with pictures of his signature on the tongue. However, things are not different since then. Drake allegedly left Jordan Brand for Adidas. Push-T’s Story of Adidon even gave those rumors some confirmation. However, since then the gossip has now settled down. And now after it’s cleared up that he’s still with Nike (after his lines in Travi$ Scott’s Sicko Mode), the verdict is that Drake’s signature will not be on the sneaker. Or will it? We don’t know.

Sneaker leakers say the stock is reportedly going to be limited to 26K pairs ONLY. It will be available at Nike and Jordan Brand retailers. You can already buy early pairs off Stadium Goods, StockX, Flight Club, and GOAT. However, if you prefer to cop at retail, and I know you do, peep the release information: