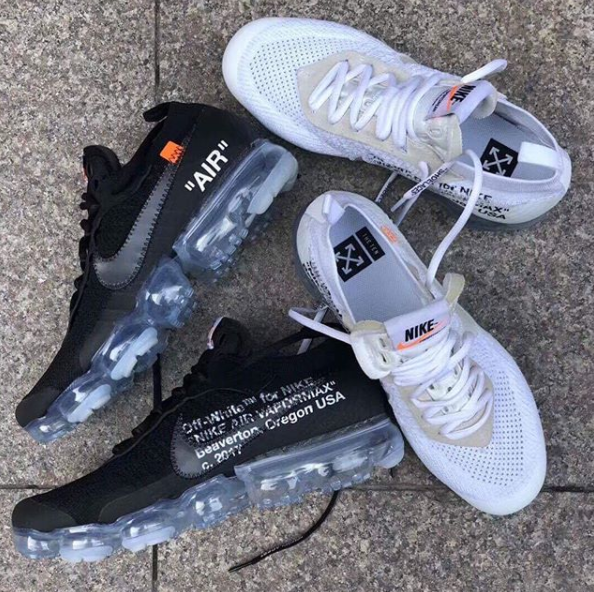 After the success of the first OFF WHITE x Nike collaboration, Virgil Abloh may be teaming up again with Nike for another exclusive The Ten collection. At least that’s what it looks like! These Instagram posts show two colors of the OFF WHITE x Nike VaporMax 2018: Releasing in 2018, the OFF WHITE x Nike VaporMax will retail for $250 similar to last year’s VaporMax. Its Flyknit upper will be available in black and another in white. The revolutionary Air VaporMax sole will be translucent. Of course, it’s not complete without the hallmark OFF WHITE branding which will be on the sides, laces, and let’s not forget the red plastic zip-tie.

So unless you live in a cave, you know of this collab. Virgil Abloh, the founder of OFF WHITE, had the privilege of reconstructing ten Nike shoes to create The Ten collection. He took apart ten classics and put them back together, adding his signature touch. It was one of the most hyped collaborations of 2017.

Today, the OFF WHITE x Nike Air Jordan 1 is dubbed by many to be the shoe of 2017. Reselling it will make you more money than Yeezys. Furthermore, the Converse from The Ten 2017 will be coming out early 2018 due to some production issues.

Video: What’s Inside A VaporMax?

This is father and son duo who find pure joy out of sawing through expensive shoes, among other things. They start by showing us the architecture which inspired the Air technology. Later in the video, they saw through the shoe to show us what’s inside the Nike Air VaporMax.

Nike refused to disclose what is actually inside the sole when the father asked. They said it’s a mixture of gases, and that’s what gives you the ultra-light, bounce in your step. If you pay attention you can actually hear the pop when the machine saws through the lightweight cushioning-unit.

Virgil and Nike just showed off a white on white Nike Air Jordan in Paris Fashion Week! Feast your eyes upon its beauty: 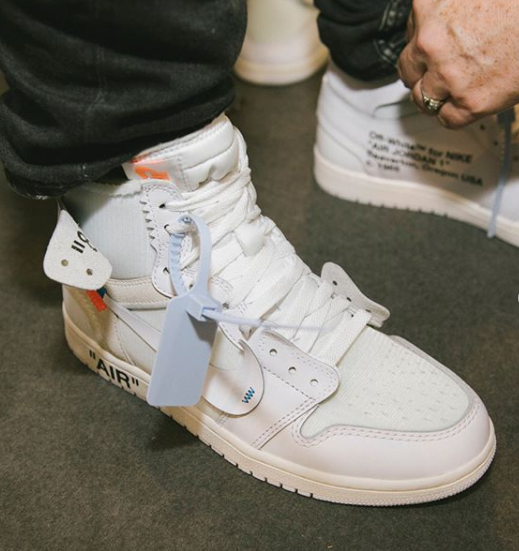