The Will Smith Fresh Prince Jordan 5 Grape Drops Next Week 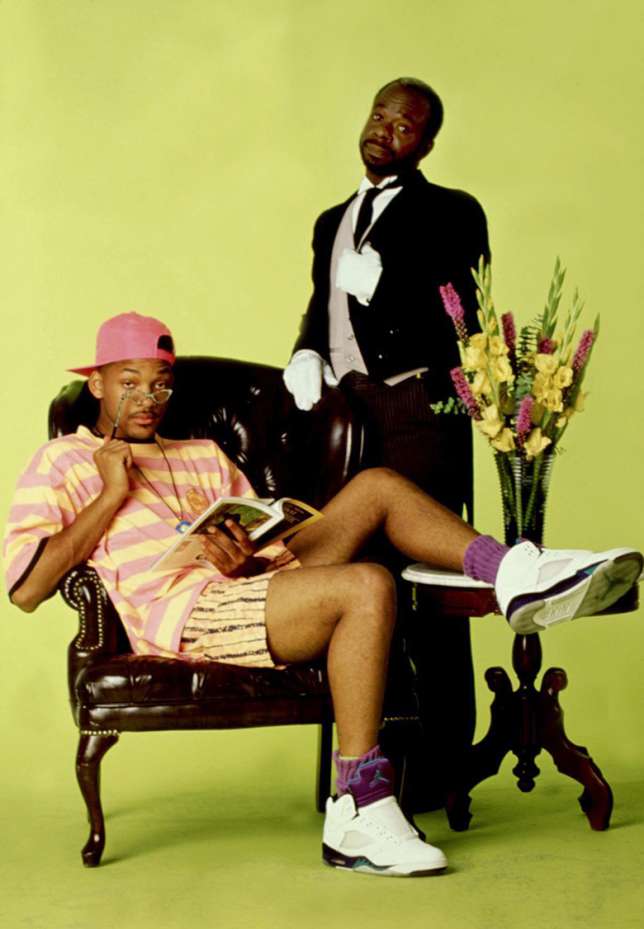 It’s a new month packed with sneaker releases. Some are re-releases, like the Wave Runners and Cream Whites. Others are brand new, such as the Adidas x Dragon Ball Z collection. However, it doesn’t get better than a good old throwback to the past. The nostalgia is strong as we see pictures of the Will Smith Fresh Prince Jordan 5 Grape roam the web!

Will Smith Fresh Prince of Bel-Air

Everyone and their mother knows who Will Smith is. The all-time favorite actor, comedian, and entertainer is known by generations of all kinds for his role as the Fresh Prince of Bel-Air. The TV sitcom gave great laughs for six years and still does today. Especially when you watch the accomplished Will Smith break it down foolishly in his room. Yeah, we’re jealous of those moves.

Will Smith wore countless sneakers as the Fresh Prince. Heavily endorsed by the ‘West Philadelphian’ prince, the 1990 Jordan 5 Grape became a legendary model. It became one of the most iconic Air Jordan 5 colorways. Moreover, he wore his pair of Grapes without laces. That explains why year’s iteration will come as a laceless pair. In fact, it will be the first laceless Air Jordan 5 ever.

The Air Jordan 5 is a classic, and the Grape is one of the most iconic and legendary Jordan 5 colorways. The grape purple and minty green color take us way back to 90s fashion. However, Michael Jordan never wore this colorway on the court, despite it being a Jordan shoe. Its first drop was in 1990, later to retro in 2013. Finally, it will retro once more in a Nike x Will Smith pack. Alongside the Jordan 5 Grape, the pack will also include 2 hoodies and 2 tees as seen in the Tweet below.

*LEAK ALERT*: @Nike & Will Smith have a collab together
The duo will be dropping a laceless Air Jordan 5 retailing at $190, alongside 2 Hoodies and 2 T-Shirts – Pics below
Are you excited for the pack? Let us know what you'll be looking to cop
Please RT & Follow#NoMoreSecrets 🏴 pic.twitter.com/jdr3TKe7DW