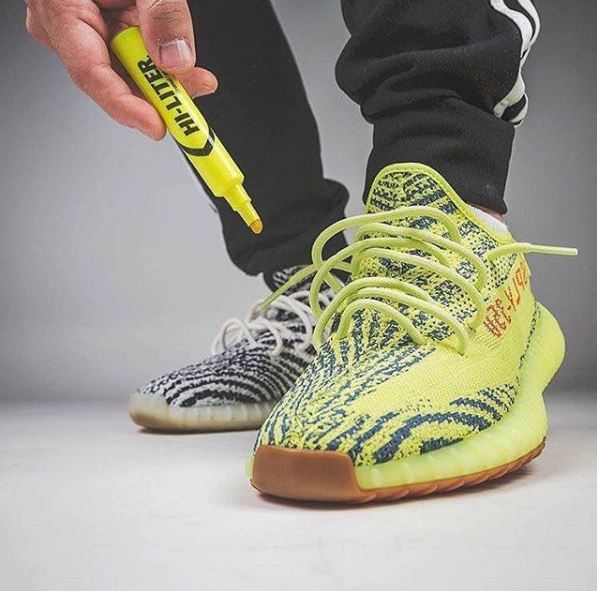 Scribbled on Ye’s calendar is a whole lot more of them throwback drops. With the second release of the Cream Whites and the third of the Wave Runners, Kanye is letting us know he’s not done yet! The Yeezy Boost 350 V2 is dropping again in both Zebra and Yebra colorways. What does this all mean for the Yeezy line?

When the Zebras first dropped, they were fire. They were so exclusive and people wanted them so bad that resale shot up to $1,500. However, they dropped again.

Well, the people who paid high resale prices weren’t too happy. Neither were the resellers. To top it all off, the Yeezy Boost 350 V2 Zebra is dropping for the third time.

One of the rarest Yeezys to date will no longer be so rare. Too bad to all the hustlers holding on to their pairs of McYeezy McDonalds 350s.

It’s true that Yeezy 350 prices go up with time, but these re-releases do nothing to help. Especially since the stock level is said to be increasing with upcoming releases.

Kanye West wants to make Yeezys attainable for everyone, that they are even sitting on shelves. Maybe this is all part of his plan to run for office in 2024.

While this is subject to change, the Yeezy Boost 350 V2s are due to drop in December. The Zebra and Yebra colorways were first scheduled in October but got pushed back. So it won’t be a surprise if they get pushed back some more into 2019.

But before those, we have something dropping in November: the Sesame V2. Not only is the Yeezy Supply Kitchen starting to cater to a higher number of people, but it’s also experimenting with new flavors.

However, there are rumors about the one with the “Transparent Stripe” that it’s coming also in December. Will it be the final 350 V2 before we move on to a new era of Yeezys?

Amidst all this Yeezy crave, don’t forget about the Adidas Game of Thrones UltraBoosts!